Amara (アマラ) was once a prosperous land, located in the sandy deserts of the continent. Although now ruins, it once housed a formidable army led by the King of Amara, who was feared for his strength. Because of this, the kingdom was overcome from treason by the Sadler, and fell into ruin. Several monuments remain intact however, such as the Amaran pyramids, which haven't lost much of their glory for over a thousand years. Because of the high temperature, the people of Amara wore less clothing than most other cultures, and as such many of them received a slightly darker pigmentation.

Kahn Oasis to the East.

Elven Forest to the West.

Calibara Forest to the South.

Kreutz Margraviate to the North. 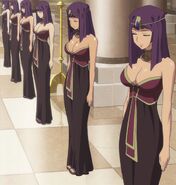 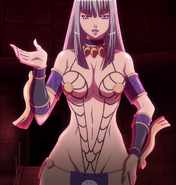