Gainos (Alternatively spelled Gynos)(王都 ガイノス) is the capital of the continent, and is arguably the largest city on the continent. The city has seen a very prosperous upbuilding, with a trading center and its own border, furthering the process of trade and protection. Some notable features are the Grand Cathedral, which is suspended from the rest of the city upon a giant rock with large bridges connecting to it and the Queen's Palace. Large aqueducts also run through the city, giving the city (from a bird's-eye view) a circular shape.

Elven Forest to the North

Calibara Forest to the East

Assassins of The Fang

Founded by the Queen Aldra, the Assassins of The Fang(牙の暗殺団) are a death squad under the Queen's order, used to erase the existence of anyone who defies her. The Vance family, who opposed the Queen, was a first-class target.

The identity of their members is strictly confidential, and they usually resort to camouflage to not stand out too much.

Under the guidance of the first generation leader Echidna, the original belief was "an organization that supports excellent assassins with a high probability of survival," focusing on avoiding death in the missions and surviving. The Queen later commanded them to go as far as to kill themselves to preserve the confidentiality, that might be why Echidna left.

Risty (past, under brainwashing)

The assassin's outfits differ, possibly by rank. They are mainly green, with the torso piece either being a one-piece, or separated into a two-piece. Irma wears her own version of the Fang outfit.

The assassins are proficient in throwing weapons, and are adept at stealth tactics, being able to ambush some of the most wary warriors. However, they seem to fight better in groups, as they are slightly less ineffective in one on one battles. 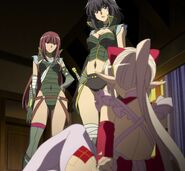 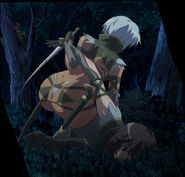 The Queen's Army(女王軍) are part of the new Queen's rule, being created during her reign.

The soldiers wear red armor, which differs amongst them individually, but the armor retains a similar design to the Vance's Royal Guard. Some similarities being that the Queen's soldiers' breastplates are also open in the front, exposing the women's cleavage. It is thought to allow better movement of swings, and helps keep them cool.

The Queen's soldiers are a devastating force, being one of the main reasons Claudette's reign has been so successful. They attack fiercely, using weapons such as fire arrows and surgical strikes to render their opponents helpless, easily taking the battle. 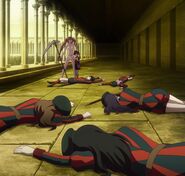 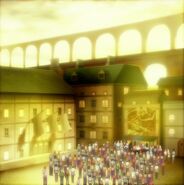 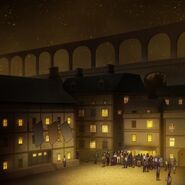 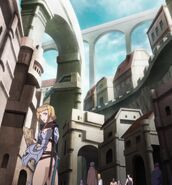 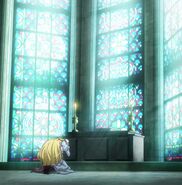 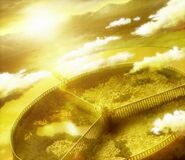 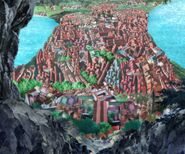 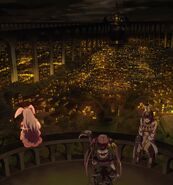 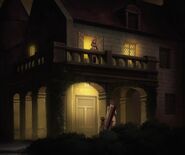 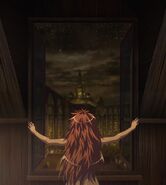 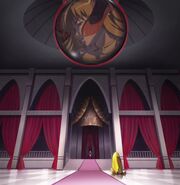 Retrieved from "https://queensblade.fandom.com/wiki/Gainos?oldid=59147"
Community content is available under CC-BY-SA unless otherwise noted.