Queen's Blade is a TV anime series based on the visual combat books by Hobby Japan.

It was produced by ARMS and the anime is directed and composed by Kinji Yoshimoto, produced by Hiromasa Minami, Hirotaka Yoshida, Kazuaki Morijiri, Masaaki Yokota and Shinsaku Tanaka, characters by Rin Sin, and music by Masaru Yokoyama. The episodes' plot covers the events leading up to the Queen's Blade tournament–a competition of strength and beauty held every four years to decide who will be the next Queen, and the story centers around Leina Vance, heiress to the count, traveling to Gainos to compete in the Queen's Blade tournament.

In the Continent, a tournament called the Queen's Blade is held once every four years to determine the most beautiful and powerful Queen. Held in Gainos, the Queen's Capital, various fighters from all over the Continent travel to the Capital to defeat Aldra, the current Queen. The overall story of Queen's Blade focuses on Leina, the heiress of the esteemed Vance Family and next in line for the throne, as she travels to Gainos, encountering many other warriors also competing in the Queen's Blade for their own intentions.

For a specific character or episode, see the Character Guide or Episode Guide. 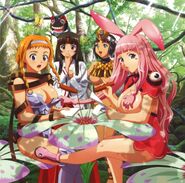 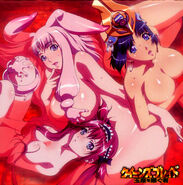 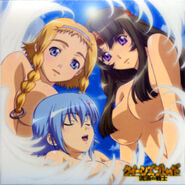 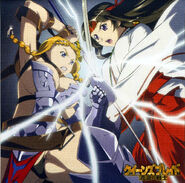 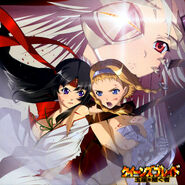