Queen's Blade Rebellion Bitoshi Senki: Upheaval is the second volume compiling the "Illustrated Stories", the chapters that detail Rebellion's canon story on an episodic basis. Besides the 10 chapters that were published at Hobby-Channel's site, it contains 4 extra chapters, a few small summaries, and bios of the newer characters.

Risty and her comrades are suddenly attacked by an unknown party. Risty is helpless before the Swamp Witch's power, and is cursed.

Wishing an audience with the Queen Claudette, Sigui arrives to the Queen's Castle. But, refusing to answer her questions, Claudette sends Mirim to fight her, and Sigui leaves disappointed after promptly defeating Mirim.

Annelotte and Yuit go back to the Kreutz territory, where Yuit fights Tarnyang and Sainyang, who hold a grudge over their past encounter. Eventually, Yuit traps both of them and manages to reason with Tarnyang.

Annelotte's Rebel Army clashes against the Queen's Army, and before the superiority of the latter, Annelotte has no choice but to give in to her demon blood, and break the road under their feet, falling into a canyon.

When the Queen's Army hears that Annelotte is in the village of Wassilica, Ymir sends Mirim to burn it all down. Mirim can't bear to damage her own village and defies Ymir. When Annelotte saves Mirim from certain death, Mirim begs her to let her join the Rebel Army.

Searching for a legendary fortress her mother found in the Calibara forest, Yuit, Tarnyang and Sainyang enter the jungle, where they save a native, Luna Luna, from danger. Luna Luna agrees to guide them along.

Annelotte trains under Maria, and when Maria mentions they'd need Risty, Mirim happens to know where she could be captured. Thanks to Maria's distraction, they infiltrate the building where the most dangerous rebels are kept.

Annelotte, Mirim and Maria find Risty, who has been doing heavy work all along to keep her captured comrades alive. When Annelotte and Mirim escape and free Risty's comrades, Maria and Risty fight their way through.

Yuit, Tarnyang and Sainyang fall into Elina's trap: she knew they'd go to the Calibara forest because she read the memo Yuit's mother left for her daughter. Besides, Tarnyang realizes that the one who stole from Shai-Fang was Elina as well.

With Yuit and company captured, Elina enjoys the banquet the Calibara tribe prepares for her. But their main dancer, Luna Luna, isn't fooled by Elina, and proceeds to fight her, a chance that Yuit and the others take to escape.

Battle in the Ruins

Yuit and the Taimashi twins discover the legendary fortress Bligh, and after fighting with Elina and Luna Luna, that were chasing after them, they manage to convince Luna Luna that they're fighting to save the Continent, and take the fortress.

Beginning of the Showdown

Sigui and Annelotte clash on the battlefield, and unable to understand each other's reasons, prepare to fight to the death.

End of the Battle

When Annelotte proves she was blessed upon by God, Sigui is convinced to join her Rebel Army, and together they fight Ymir's army of giant magic soldiers. But only when Yuit's party comes along with the fortress Bligh, they win the battle.

Ruler of the Desert

As the fortress Bligh travels through the Amara desert, they find Menace, who insists on making the fortress into her new royal residence. Mirim tells her she can't, but promises her the Witch's Castle if they win. 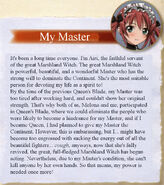 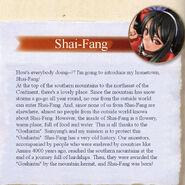 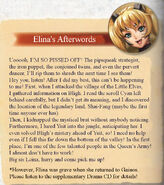 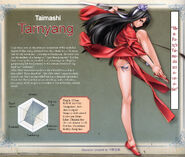 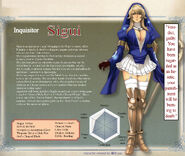