Queen's Blade i was a downloadable mobile phone application, released in 2007, whose service was apparently discontinued after one year.

The game followed the rules of the Combat Books, showing your character from a first person perspective, letting you select moves to use each turn and showing their effects on the opponent.

Additionally to the usual Queen's Blade rules, the fights had a 30 turn limit, levels could be earned to improve your character, and there were "fantasy cards" to collect and use in the middle of a fight. 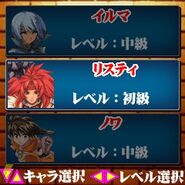 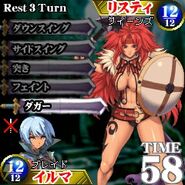 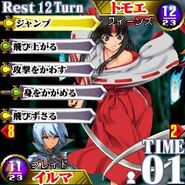 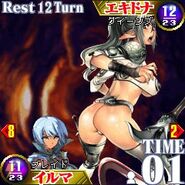 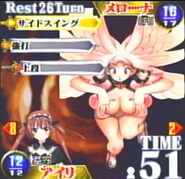 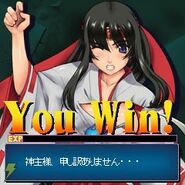